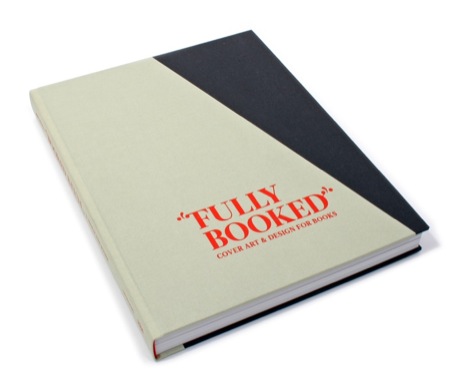 Prepare for this review to become rather meta. Gestalten’s Fully Booked: Cover Art and Design for Books

is a design book about book design also containing six essays, three apiece by Katherine Gillieson and Maria Fusco, one of which is an essay about the difficulty of producing a book on books. Phew.

As with all of Gestalten’s output, Fully Booked is a well-produced, finely printed and sturdy affair – regardless of the content, their publications never fail on the production front. The only oddity is the rather boring cover, which I can only put down to the difficulty of trying to outdo any of the examples within the book and retreating to the neutrality of cardboard and linen, the raw materials of a hardback. The odd cut of the linen providing a kind of visual gag of stripping away the outer clothing of a book.

Of the essays, I found Fusco’s more critically engaging in her analysis of the meaning of the book as an object, its role in the hands of artists and designers in contemporary culture, and her musings on the future of the book. Gillieson confines herself more to describing particular choices from the books included in the volume. It’s a good place to start if you want to jump to some of the highlights, but it tends to read more like a set of extended captions except for Limits of Design – The Book About Books, which muses on the problems of reproducing books within the same medium as the books themselves.

Having criticised Gillieson for this, it is hard to describe Fully Booked without picking out a few favourites myself. Some are conceptually clever or witty, such as Jason Salavon’s Field Guide to Style & Colour, which is a full-size replication of the 2007 IKEA catalogue reduced to layout and squares of colour or Vaughan Ward’s Dictionary of Fuck, which is less about its design than the intention to make the word fuck lose its strength through constant repetition. I think it’s more apt for it being the first word anyone looks up in a dictionary when they are a kid and it also reminded me of Victor Solomon’s marvelous Sopranos Uncensored edit. 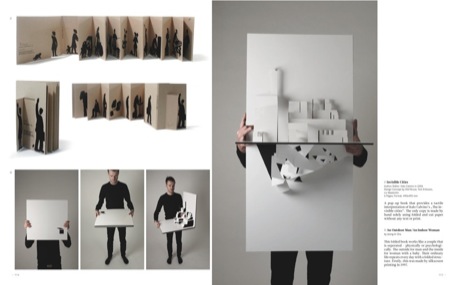 Others are ingenious technical or design solutions. The Best of Wim T. Schippers, “an artist who borders consistently on the irritating,” according to the caption, has the graphic design problem of how to best show the Dutch and English text resolved by printing them in red and green superimposed upon each other. Two colour transparency sheets were provided to filter out the unwanted language.

A few other books are “interactive” too, either requiring light (or lack of it) to show the text or some other kinds of physical interactions. I should give a nod to my colleague Stijn Ossevoort, who worked on the creation of _Archäologie der Zukunft

_ (The Archeology of the Future). The book has a thermochromatic surface that reacts to temperature and also reacts to movement and sound changing what the book displays on its cover. 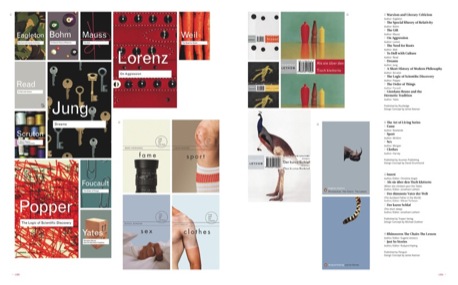 There is little point in my recounting any favourites further, you really need to see it to enjoy it and that’s both its strength and potential weakness. As Gillieson points out, you really want to get your hands on all the books that are pictured within. Seeing photos of books in a book doesn’t really do the experience of the original justice and now you are looking at photos on the web of a book containing photos of books. Like I said, meta.

Fully Booked is, however, an inspiring source and reference book that shows just how far a quite specific medium can be pushed and how constraints can be fuel for creativity. The book is not about to die anytime soon. Fusco, in her final essay The World of Tomorrow – The Future of Books, writes

“With the majority of data being conveyed digitally, the book is no longer burdened by the task of transporting information, which means it can now move on to new pastures.” She goes on to make the comparison to painting’s trajectory when photography displaced it as the visual recorder.” 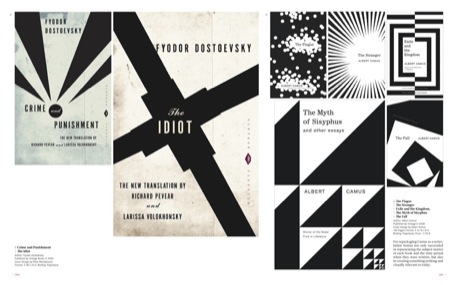 Given the death of the 12” album cover and, these days, even the shrunken space of the CD cover, book design is one of the few areas of physical popular culture that designers can get their hands on. Although book covers are essentially packaging, they generally manage to provide a far more sensitive and creative canvas for designers and artists than packaging design offers. Like the poster, book design is still considered an art in itself. That is except for John Grisham and Dan Brown novels, but their aesthetically challenged cover designs simply goes to prove the old adage that you can judge a book by its cover.

is published by Gestalten. All images (C) Gestalten.

If you enjoyed this review, you can help support The Designer’s Review of Books by buying Fully Booked through Amazon (US

|DE) or the Designer’s Review of Books Amazon store..