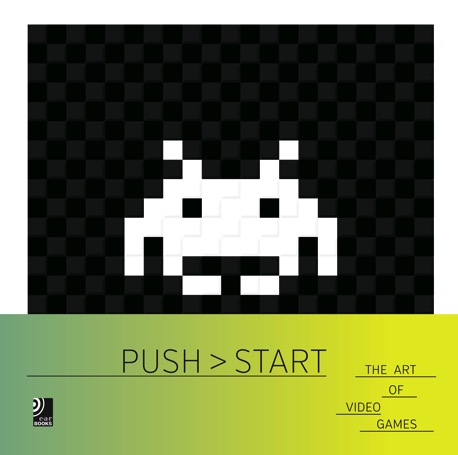 I grew up with video and computer games. When I was a young child, I remember my father coming home from the pub telling me about the fantastic game he had played there. He described it as a TV mounted in a box with a knob you could rotate in order to control a ball in a kind of tennis game. The game was Pong, of course. 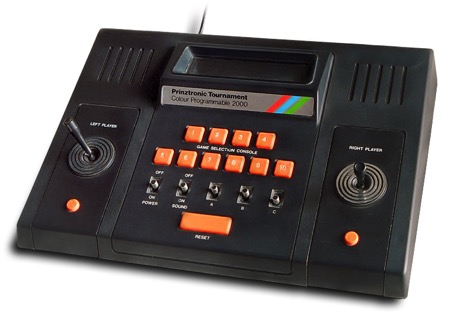 A couple of Christmases later in the late 70s the “family present” was a Prinztronic Tournament Colour Programmable 2000 Console, that my father had clearly bought because wanted to play it and having two boys was a great excuse to buy the thing. This was swiftly followed by the classic Atari 2600 console. I have fond memories of going to the amusement arcades in England–usually on seaside piers–and whiling away an afternoon and a pocket full of 10 pence coins with my best friend, Will, hopping from one game to another. Time and technology moved on and while we ate through our coins failing to get through Dragon’s Lair, my dad tended to spend the whole time still playing Breakout-retro, even then. His tenacity developed quite a on ability and he could manage 30 minute games on a single credit.

These days I have a young daughter and no free time to sit and play the latest games–our games are made of cardboard. But I’m looking forward to the time I can find an excuse to buy a Playstation, oh I don’t know, six or seven by then probably, and be regularly bested by her skills. Meanwhile my father, now 75, carries on the tradition, regularly thrashing teenage competitors online on his PS3. 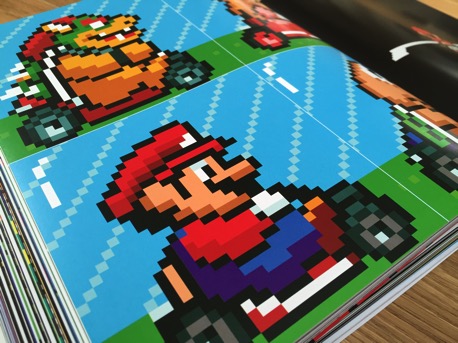 Look at those gorgeous Nintendo pixels

If the above resonates with your memories, then Push Start: The Art of Video Games published by earBOOKS is for you. It’s a magnificent tome, EP-sized (around 11 inches square) comprising 380 pages filled with 200 images that provide a visual history of video games. Stephan Gunzel, Professor of media theory at the Berlin Technical Art School, compiled the book and wrote a short essay in the back along with evocative chapter introductions:

"Kids poured into amusement arcades in the endless night, diving into the cyberspace world. When SPACE INVADERS appeared in Japan in 1978, 100 yen coins were soon in short supply. During the Cold War, whole generations were transfixed by science fiction space battle fantasies. In video games like GALAGA, TEMPEST (1981) and STAR WARS (1983) in particular, these visions became (virtually) real.”

The main essay serves as a light introduction to the field, but it is not a comprehensive analysis or history. For that, try some of Prof. Gunzel’s other publications, the Center for Computer Game Research where he was coordinator, or the Digital Games Research Association. But I’m thankful for this, because I don’t really think this is the intention of this book. Academia writes a lot about video game theory, but the images are often lousy. Push Start fills a gap that most other histories of videogames have failed to do, which is to lushly, visually document the medium. As the blurb rightly says,

"This comprehensive compendium traces the graphic evolution from early games through the golden era of arcade gaming all the way to current HD masterpieces.”

Push Start is the videogame equivalent of a coffee table book of movie stills, photography or an artist’s monograph.

Although Push Start is a coffee table book, the extra value is that it is also a turntable book. earBOOKS specialise in creating books that also have an audio accompaniment, such as The Vintage & Classic Style Guide we reviewed last year. The reason why the book has a 11-inch format is because there is a neon yellow, 10-inch vinyl record in the back with the soundtracks to several games remixed by Big Twice. 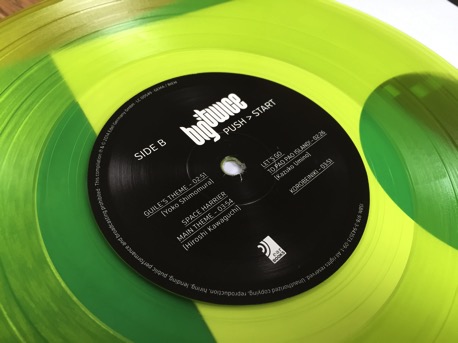 There is something strangely meta-retro about all of this. I almost expect Lady Gaga to start singing at any moment it’s so post-Postmodern. If, like me, you no longer own a turntable, you also get a code to download the MP3s, which older readers may also remember. The kids these days listen to their music on YouTube, which is lucky, since you can also find some examples of them on the earBOOKS channel.

The graphic genius of Atari

The book is beautifully printed and really feels like a chunk of nostalgia in your hands. One of the aspects I really liked about it was that the low-resolution pixel artwork has not simply been printed tiny, but blown up in all its pixel glory and extremely clean. Seeing those chunky Atari 2600 graphics or the 8-bit glory of Street Fighter blown up to full-page spreads makes the reader appreciate the graphic abilities of those artists who evoked so much with so little.

This journey through resolution history also has a strange side effect. The early games look graphic and abstract, but as the resolution increases and there is a trend towards realistic 3D rendering, the dithering and pixels on texture maps start to ruin the illusion. It is only once we head back into HD territory with PS4/Xbox One games that the illusion is complete again. It is the resolution equivalent of the uncanny valley. 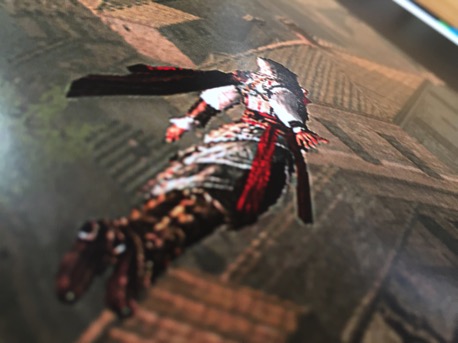 But the era of HD games has made them disappear again

Push Start is a visual feast with a great dollop of nostalgia sauce on top. If you are into video games, you should buy this book. If you know someone who is–or was–into video games, it is the perfect Christmas gift.

Push Start is published by earBOOKS and is dual-language in English and German. If you found this review helpful and would like to support The Designer’s Review of Books, buying Push Start from Amazon.com gives us a small kickback to keep the site running.

Andy Polaine is a service and interaction design consultant, writer, educator. He is the founder and Editor of The Designer’s Review of Books and co-authored Service Design: From Insight to Implementation. Andy can be found online at polaine.com and tweets as @apolaine.