The transformer: principles of making Isotype charts by Marie Neurath and Robin Kinross 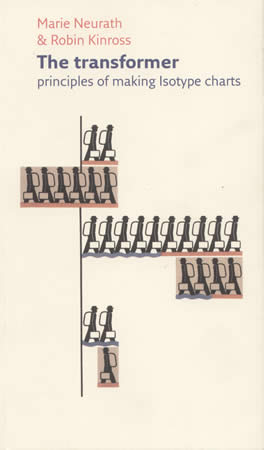 I have been waiting for the publication of The transformer: principles of making Isotype charts (Amazon) for a while now. I first became aware of the Isotype (System Of TYpographic Picture Education) work of Otto Neurath while working on data visualisation as the Head of Design at Lateral. At first I was excited about the visual style – I seemed to have come across the root style of information graphics. I soon realised that Isotype was far more than ’style’ – it was and is a fundamental tool in presenting data with maximum efficiency – a method of visualisation that communicates multiple relationships and connections.

Isotype attempts to present as much information as possible in the most effective and simple way possible. The viewer should be able to ‘read’ Isotype charts in several ways and this is what makes Isotype so successful. Otto Neurath’s way of using repeated symbols donating a unit, rather than scaling symbols to donate magnitude is what sets his work apart, and what made his work the beginnings of graphic communication and data visualization based on a solid, well thought out and logical system. 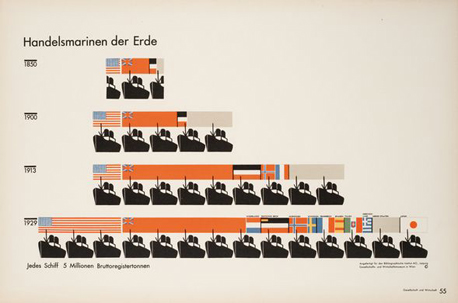 The transformer’s first half, and the main core of the book, is an essay written by Marie Neurath in the last year before her death in 1986. Marie Neurath was the ‘Principle Isotype Transformer’ of the Isotype institution and her essay gives an insightful first hand account of the development of Isotype and the working methods used by the Isotype institution, and how she carried on the work of Isotype after the death of Otto in 1945. The essay was intended as the start of a ‘Primer’ on Isotype that was never published, but it is a credit to Robin Kinross that this essay and this book now exists.

The other sections of the book include an attempt to place Isotype within a greater context of graphic communication, and draws parallels with other practitioners of data visualisation – Harry Beck’s influential London Underground diagram gets a worthy mention, as does that champion of standardisation and modernist typographer, Jan Tschichold. 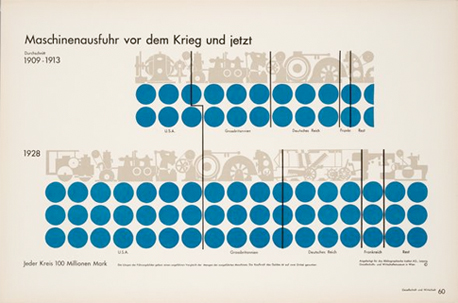 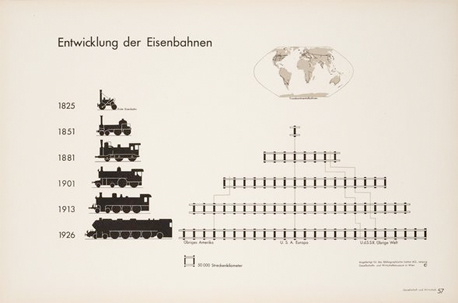 Like the other Hyphen books in the series The transformer… is a beautifully designed and put together book, with many colour illustrations, many of which I would have liked to have seen reproduced at a much larger scale. While reading Marie Neurath’s essay I had wished I had more information into her non professional life – Otto and Marie obviously had obstacles to manoeuvre, the war enforcing at least one move upon them as they fled the Nazis. The obituary reproduced at the end of the book helps make up for any lack of  insight into the personality of Marie Neurath. 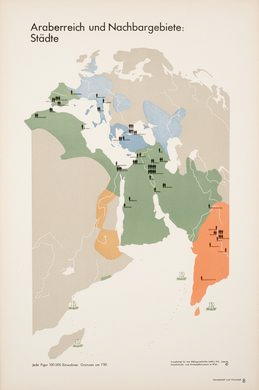 I would have also liked to have had a little more information about Gerd Arntz, a collaborator of the Isotype institution, member of the progressive artists group’ (Gruppe progressiver Künstler Köln), socially inspired and politically committed artist and activist. In The transformer... he gets a credit for introducing die cut to the working process of the Isotype institution, and is mentioned as a key collaborator. You can read more about Gerd Arntz and view the extensive gallery of his Isotype symbols here – https://www.gerdarntz.org/home.

Please also note the very considered use of the typeface Futura on the illustrations above.

Owen Priestley is a contributor to the arts culture and politics blog www.20three.com. Owen currently holds the position of Senior Art Director at Brighton agency Kerb.

« Sketchbooks: The Hidden Art of Designers, Illustrators & Creatives Seeking Contributors for the DRoB »