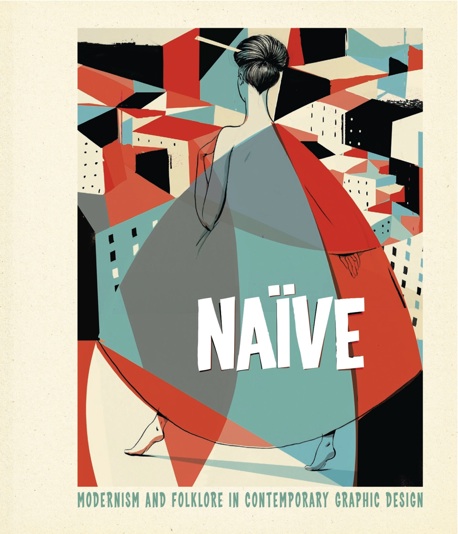 Naïve - Modernism and Folklore in Contemporary Graphic Design (Amazon: US

|DE) is a recent release from Gestalten, edited by Robert Klanten and Hendrik Hellige. It explores the “extraordinary renaissance of Classic Modernism, from the 1940s to 1960s, in contemporary graphic design” and collects together the work of many of the contemporary designers working in this style today.

So far so good. Ever since a childhood filled with early Disney and Tex Avery cartoons I have always enjoyed this style, which is often present in the backgrounds and titles from these studios. I still admire it particularly because I have never been able to pull it off as a designer, which is why I’m an interaction and service designer and not a graphic designer. I became digital far too early. 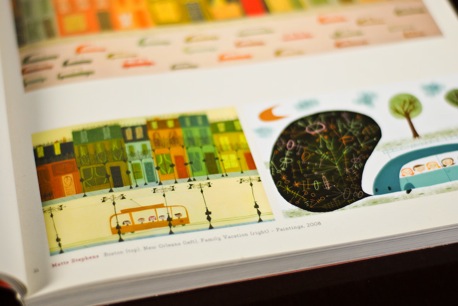 Working in this style requires a simultaneous mix of looseness and precision as well as a real feel for the colour palettes of the era. Although many of these works are made on the computer, they have their roots in the days of hand-making graphics.

A minimalist design vocabulary is currently being reinvented by a troop of young graphic designers who are rediscovering the stylistic elements reminiscent of classic graphic design such as silkscreen printing, classical typography, hand lettering, woodcutting and folk art and integrating them into their work. 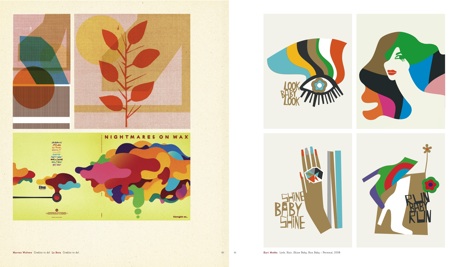 As the back cover blurb continues, the influences are some of the greatest 20th Century American designers such as, Saul Bass, “the undisputed master of film title design and iconic logos as well as modernist graphic artist Charley Harper and textile designer Alexander Girard.”

“These burgeoning designers are creating new and striking imagery using palettes of earthy and pastel shades, reduced strokes, patterns and shapes with a strong folkloristic element.” 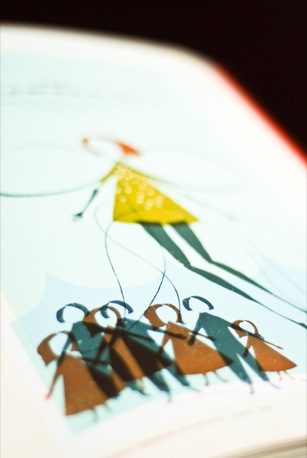 Here’s where my reading of the book went slightly awry. When I think of naïve, I think of the art movement rather than it’s use in graphic design. The “folkloristic element” is also missing for me, at least from a European perspective. From a U.S. point of view I can see the folklore, but this is an issue of the perspective of history, which is much longer in Europe in terms of art and design. The 40s through to the 60s are still relatively modern on that view. I wanted some more clarification and explanation for the terminology. 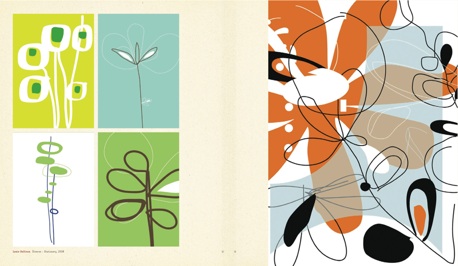 Naïve is a gorgeous and inspiring sourcebook, but I really wished for at least a short essay beyond the cover blurb and preferably something longer to give it some context. The index has a list of all the studios and designers involved, so you can go off searching the web for them, but an interview or two would have made this book more than just a very pretty addition to your design library.

It is still definitely worth getting hold of because a lot of the beauty comes from seeing the overlaid inks in print, but take it as a beginning of the journey into this era rather than a study of any kind.

If any readers have some suggestions for further reading in this area, please let us know in the comments.