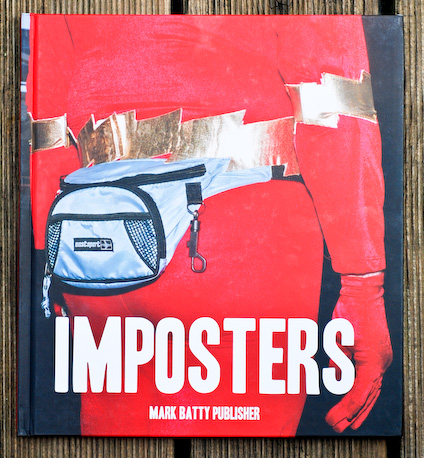 Hollywood Boulevard is filled with people dressed us famous characters all trying to make a buck from having their photos taken with tourists. Some consider them part of the local colour, some panhandling nuisances. Like any subculture, the scene has its share of fanatics, politics and code of conduct as well as plenty of stories.

|DE) explores this world and the out of work actors and vagrants who are its inhabitants. The combination of Knoblauch’s photographs of these characters, in costume, in their homes and the Kenney’s interview vignettes lends Imposters a simultaneously hilarious and melancholic air. 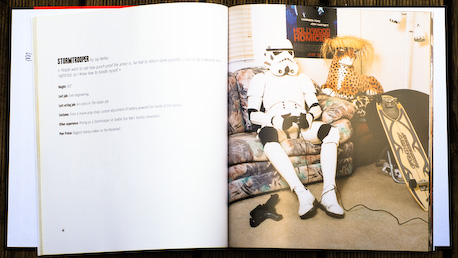 There is no doubt that for many of the characters the boundary between their sense of self and their characters is blurred. In some respects they remain in a permanent state of fantasy escape from their existence, able to ignore the reality of a shabby bedsit for a few hours a day and be adored by fans.

“[Jack Sparrow] was homeless at the time. When he could afford it, he would shack up with some other Imposters in a nearby hotel. The great outdoors may have been a preferable sleeping arrangement compared to how some of Jack Sparrow’s peers lived. Freddy Krueger’s pad was by far the dirtiest one I had visited, with an unbelievable accumulation of cat hair, and pubic hair! And speaking of cat hair, Captain America was sharing a floor with six cats … Marilyn Monroe rented a room by the week right off the Boulevard. It was so dirty and depressing, and so small that I had to stand in the hallway to shoot.” 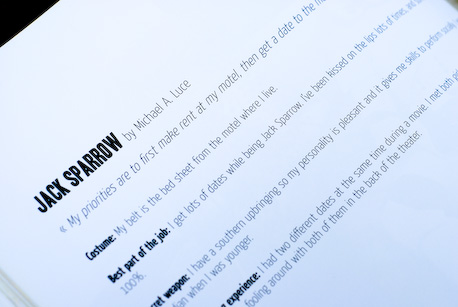 For others it is just a job and one that paid well enough:

“Robin had recently moved into a studio apartment in a nice complex and planned on sharing it with his new wife and baby. Gandalf drove from his home in Arizona and would stay with his son in the foothills.” 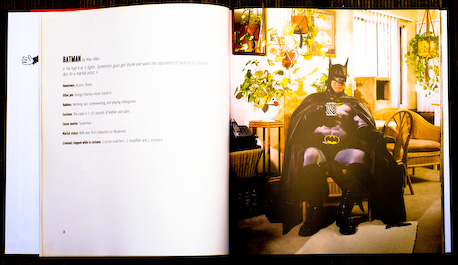 Amongst the characters, Batman and Superman are the two “regulators” because they have been working there the longest. Knoblauch describes how the two fell out when Superman asked Batman to help move his Superman collectables (which he claims is the biggest collection in the world). A confrontation with another driver parked in the way led to Superman disowning Batman and Batman being arrested. “Batman showed me a comic book he’d created called Stupidman,” writes Knoblauch. “It is filled with images of Batman kicking Superman’s ass.” 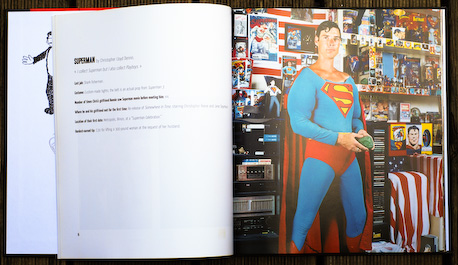 The interviews range from very sketchy to the insightful. Wolverine is a firefighter and service technician for a plumbing company, but clearly feels his calling was to be Wolverine because he looks like him. He cites the worst part of the job as “people laughing at me in regular life thinking I look like him, but not knowing I am him, that I impersonate him on the side.” The “I am him” slip says it all. 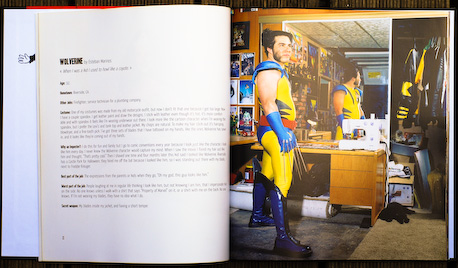 Batman, it turns out, has stopped “2 purse-snatchers, 1 shoplifter, and 1 assailant” during his time in costume and the Stormtrooper complains that, “people want to see how punch-proof the armor is. I’ve had to return some punches. I used to be a bouncer in a nightclub, so I know how to handle myself.”

The peculiar mixture of dreams hanging by a thread and surreality is ever present throughout the book and the fact that all of the characters talk about each other with their character names seems to add to the weirdness. Spongebob Squarepants (who, on his best day, made over $500 in tips) recounts his weirdest day:

“Batman and Bruce Lee had a fistfight that lasted about eight minutes. By the time the cops came, it was over, but a tourist taped it all. People thought it was just part of the show.” 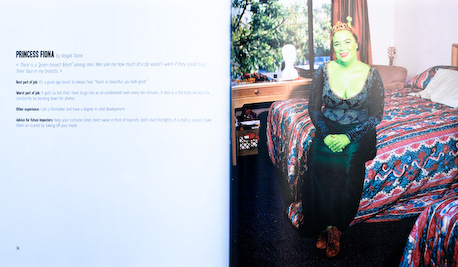 If this whets your appetite for seeing these characters in the flesh, the end of the book finishes with an interview with documentary filmaker David Markey who has made an a film called The Reinactors all about the, er, Imposters.

Imposters isn’t a long book (96 pages) and sometimes it would be nice to know a little more about the people behind the characters or have Knoblauch’s experience of shooting them on their pages rather than in the introduction. But it is a strangely compelling compilation and commentary on our culture’s obsession with celebrity.

Imposters is published by Mark Batty Publishers. If you would like to support The Designer’s Review of Books you can buy it from Amazon (US

« Stanley & Marvin The Rhetoric of Modernism: Le Corbusier as a Lecturer »