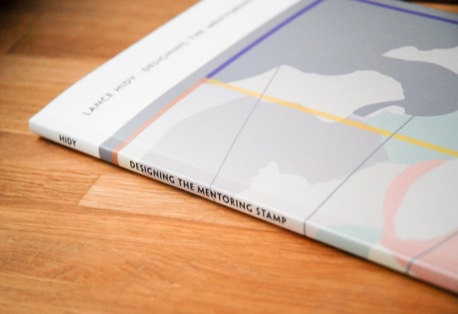 In an age of Twitter, texting, e-mail and barcodes, the humble postage stamp is in danger of dying out. Yet the stamp has been a tiny canvas for artists and designers to disseminate their work to one of the largest and certainly the broadest of audiences for decades.

by Lance Hidy is designed, delicately typset and published by the independent Kat Ran Press. Much like the stamp itself, this slim volume is an insightful journey into Hidy’s creative process. 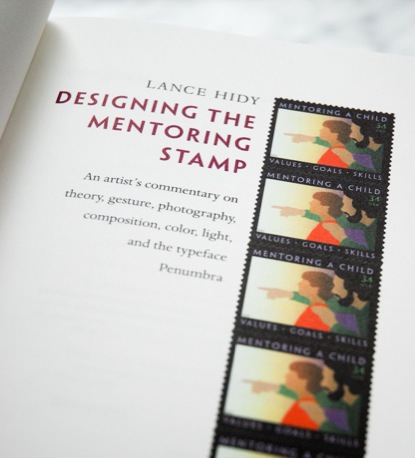 An illustrator and designer for over 35 years before he took on the Mentoring Stamp commission, Hidy’s approach is no-nonsense, but well-honed through years of practice:

“This theory sounds plain and ordinary – nothing like the energetic manifestos of the Dadaists and the Futurists – but I have worked hard to develop and realize it my work.”

Hidy developed a set of guidelines to approach the commission, of which here are the first five:

Almost all designers will recognise these as the foundation stones of design, but Hidy also adds a set of ethical guidelines including Honor, Helpfulness, Sincerity, Accuracy, Originality and Credit. These add an extra sensibility to his approach that resonates with many of the issues facing designers in the world today. 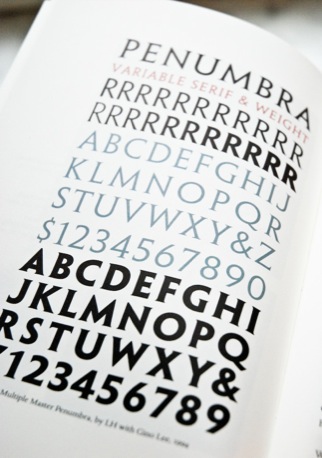 Through his description of designing the Mentoring Stamp, Hidy examines his use of colour, layout and the use of his own typeface, Penumbra. The silk-screened style of the figures is a hallmark of Hidy’s and this paring back of information requires an eye for the exact gesture that will communication so much. To capture this, Hildy uses photographic sessions as his starting point:

“I don’t apologize for the camera but instead honor it for the eloquent subtleties of gesture that it never fails to deliver. When I drew from immobile models in life drawing classes, the narrow range of gestural expression was boring.” 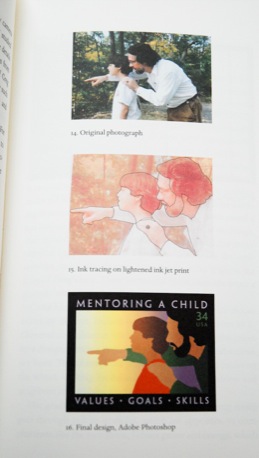 If design is about creativity within constraints, the stamp is a remarkable space to work within. It has to both communicate information as well as an often lofty set of ideals and values with graphics simple enough to be readable when shrunk so small. The stamp is an ambassador for its home country as well as needing to be sensitive to the other cultures it will be exposed to:

“Of all the forms of graphic communication, postage stamps are the unparalleled world travellers. They have always been printed in enormous editions and for the most part remain very inexpensive, even after a century.”

The Mentoring Stamp had a print run of 125,000,000 but a short life of just five months before the postage rate increased to 37 cents. Since then, Hidy has designed other stamps, but his first lives on in Designing the Mentoring Stamp.

Hidy’s quiet but experienced tone combined with an honesty about his approach make a refreshing change from some of the pomp in other designers’ books. There is no self-aggrandising, no secret formulas for creative success, just a well-written account of his work and process.

For those weary of digitalia, this will be a welcome pause. For those learning or teaching design, this should be essential reading. For everyone else, you should still read it, it’s a gem.

You can buy Designing the Mentoring Stamp ($45) direct from Kat Ran Press, who also offer a signed, hand-bound deluxe limited edition ($155). Students can obtain a copy for just $25.

also have used editions, but the German and Canadian Amazon stores don’t stock them).

« How do you like it? Designer's Review of Books Canadian Store? »